Thinking of gaming and , the best home gaming consoles revolve in our mind. And we’ll talk about the best in it: the Nintendo switch. The consoles brings something new and this time teaming up with Nvidia made the experience all together great and refreshing. Now the upcoming Nintendo switch games, are going to make it bigger and better. before that here is a brief introduction about the console.

The video game console is developed by the Nintendo and was released in march 3, 2017. It has system on chip of Nvidia and is an eighth gen.  It can be used both as a home console as well as a portable console.

In the home console all you have to do is to connect the main unit to the docking station so as to connect it to a screen. Considering the portable mode, simply remove it from the dock and operate through its LCD touchscreen.   The CPU is an octa core and has a memory of 4GB. It has an internal flash memory of 32 GB.

The thing that probably became it’s selling point is probably its unique easy to use software. It has user interface that has tile-based access to games. the newest addition is that the photo album in the console will show the screenshots taken during the game. these screenshots and even videos from the games can be shared too.

With the curtain of 2018 now closing its time to get excited about the new switch games. so here is the list of switch games coming soon. 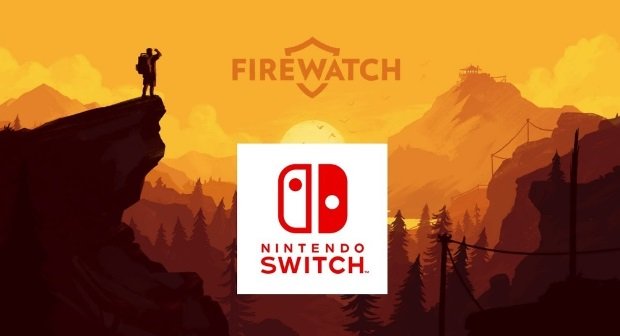 This one is compatible with Xbox as well as PS4. The game is about a guy, Henry who decides to go in Wyoming wilderness so as to keep lookout for forestfires. There is no one except for a Delilah through a walkie takie. Strange things start happening after that, this where the real adventure starts. Keep hooked up to know what happens next in this psychological thrill adventure game. 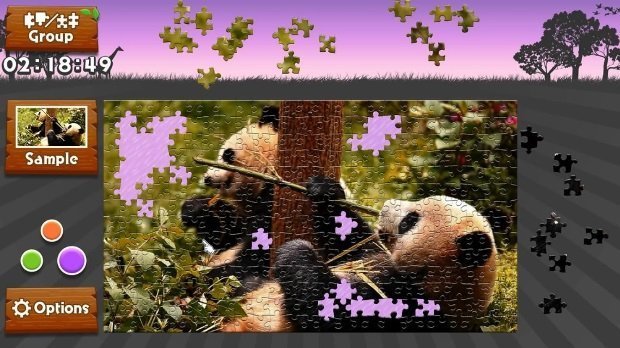 This is a $9.99 priced game which is a complete fun package for children. You have to complete video jigsaw puzzles (single/ multiplayer). The jigwsaw contains 12 wild animals captured in their natural habitat. This is an easy to use interface and along with that appealing pictures, separating edges.

The puzzle comes in different sizes: 60, 120 and 240 as per convenience. In all it is a full package for children. 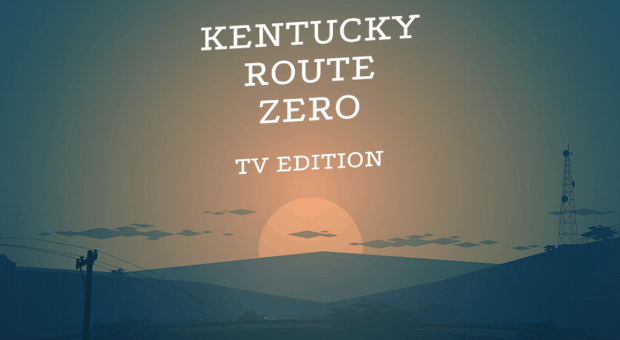 This is an episode wise game where, a truck driver called Conway, travelling on a secret highway meets people. He wants to reach the route zero but the journey is seems to difficult. 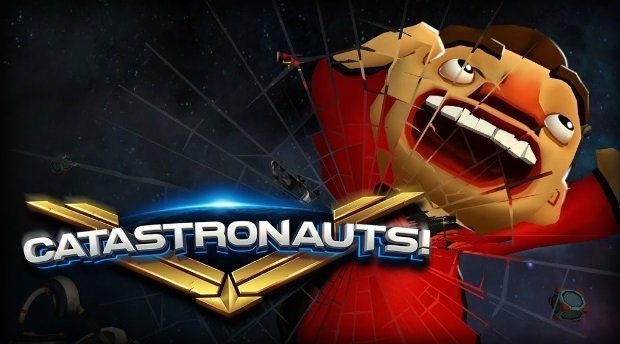 Priced at $16.99, we all hope the price is worthy enough. This is a multiplayer game(pto 4 people) set in space environment with your own spaceship. Protect your ship from space’s most cruel invaders. Repair the ship after damage, avoid solar flares and all those galactic challenges. The teamwork is essential to hold it together, become the leader because it takes a lot to become a catastronaut. Well this is what exactly is reflected by the game. wait for 2019 to get your hands on this one. 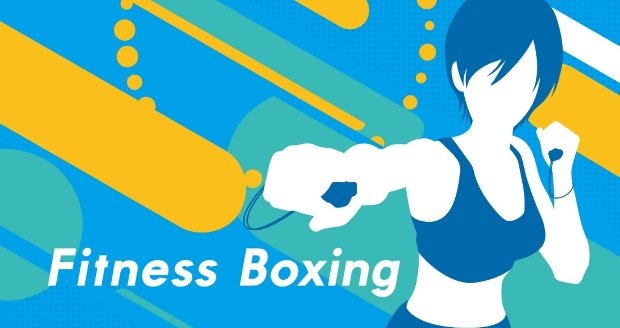 Priced at $49.99, we all are wondering what this one is bringing onboard. Well the fitness enthusiasts will love it, because its probably a new age Zumba. Get on the floor and move on the beats of the game. there are various boxing-based rhythmic exercises on the beats of popuar artists. Hold the Joy con and just punch and squat and get your whole body moving.

There are daily trainings which range from normal to fast mode, with each training lasting for about 15 to 20 minutes. The game track your daily calorie burnouts as well as and approximates your BMI so as to track your progress. As you progress in the game you get more songs added to the playlist as well as a tougher training circuit from the previous one.

This game can be played with a buddy to if you don’t like to play or in this case workout alone. This is probably the newest and best deal on nintendo for all those who want to get fit in a fun way. 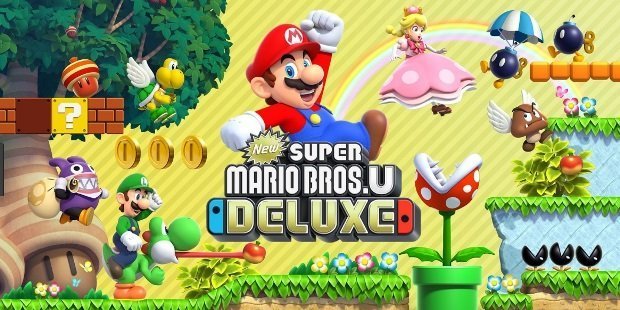 It is great to kniw that after the failure of Wii U in the past, the Nintendo are releasing those games for switch now. This deluxe bundle has new super Mario bros. U and the luigi-based platformer New Super Luigi both casted into this one big package , and increasing the fun. This one is a must try out if you have just played the classic Mario. This one is surely going to blow minds and bring back those childhood memories but with more action! 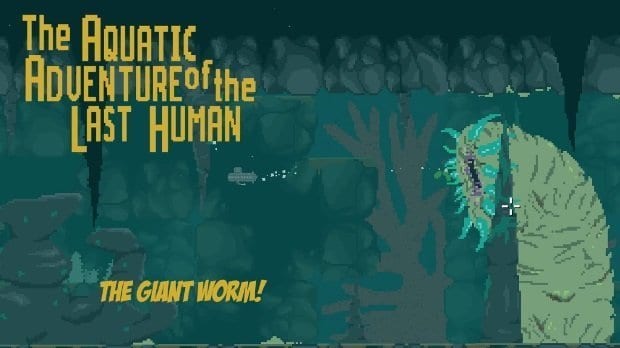 “dive into the perilous depths of an enthralling underwater world”. This is what the introductory line of the story says. Priced at $12.99, we can all understand that the game is set in underwater environment. Thus bringing a bit freshnesss to those land and space games. exploring the ruins of humanity underwater, encountering sea beasts, a voyage to the discovery of the inevitable extinction.

The storyline is- there was a climate change, everything froze and thus hu,ans were forced to live underwater. While the life is dstill gpoing on and they are living and harvesting. There is auch captivating visuals shown on the screen, the beuty of underwater and humans living on it but the submarine you are on is in danger, nd you have to fight to survive from the monsters of the sea. So get along in the new underwater earth journey, this game seems very promising. 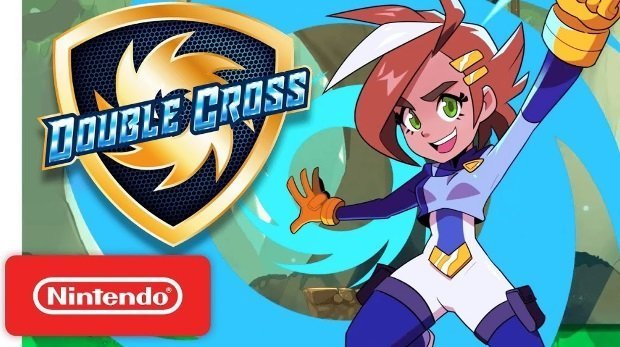 Priced at $12.99, this game is going to take you in alternate dimensions and fight the criminals over there. You are agent Zahra of the R.I.F.T (regulators of interdimensional frontiers and technology), pretty cool isn’t it? The job of the agent is to maintain peace and order in all dimensions. There is attack on the R.I.F.T, and you must jump on to all dimensions to investigate, fight with your new rift gear. While advancing in the game , you will get clues so as to ultimately find out the real attackers and save all the dimensions.

Talking about the features of the game: you can customize your suits by collecting upgradium. This will unlock agents rift gears and will give a new look to your avatar.

There is carte blanch on how you choose to play, giving you the freedom of choice to choose which level to play first. Very rad 2D HD art design with that anime style giving it a slick look 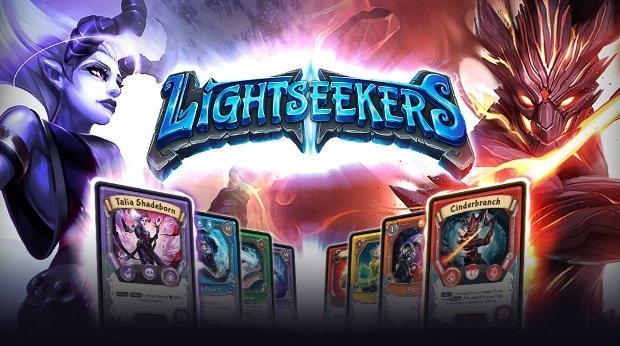 Come meet with the light seekers for free! The game is free for the players. This is video game version of the famous trading card game. there are going to be 100 of cards available with unique design as per your game play. Collect, trade and become the ultimate winner. Decide the future of the magical world of Tantos- choose your own hero from 100 in six different classes.

There are ging to be master powerful combo cards, and a whole lot of magical setup. Get ontp this enthralling journey with your buddy this January. 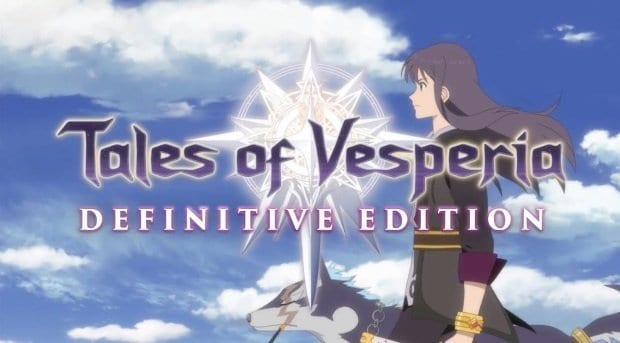 At a price of $49.99, you get to become patty fleur, a tough young pirate girl who is in search of treasure.  There is a throne struggle in the civilization of ancient world, controlled by an empire. Embark on a journey in the midst of this adventure of the civilization, with beeter graphics and sounds. This definitive version is specially launched for its fans over the years. These are the top 10 games, that are coming put this year. Check the nintendo’s official site to know the updates on the releases, demo games and the prices.