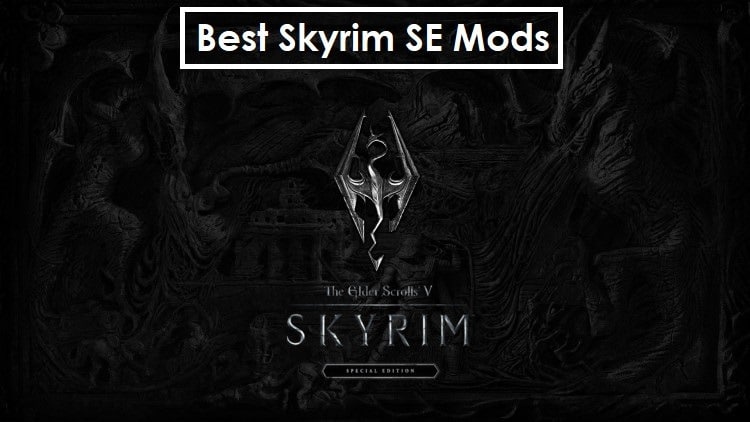 The gaming industry has reached new heights with every passing year. Numerous games are launched in the almost every months of a year. All these games have their own set of features and user experience. One such brilliant game which received an amazing response from the people in Skyrim.

Skyrim is one of the most popular action role-playing game which the gamers can play from either a first-person or third-person perspective. Throughout the different missions of the game, the players can expect various kind of missions which would take them through the vast land of fictional Skyrim.

This mod, even though not very popular can surely improve your gaming visuals and experience by a significant margin. When the Skyrim development team did not bring any bug fixes to the Skyrim Special Edition, one of the modders fixed hundred of bugs, texts, objects and revamped the visual or user experience in the game. The mod is also compatible with other mods running at the same time. So you can install this mod if you want to see a better graphics and visuals in the Skyrim Special Edition.

This particular Skyrim Special Edition mod as you can understand from the name, changes the opening sequence of the game. It effectively restores the dialogue which the developers decided to cut. So with this mod, players can restore the snipped sequences. You will able to know more about some important information and other details which takes place in the opening. If you choose the side with the Stormcloaks, in this sequence, you will be able to escape with Ulfric by your side.

A very interesting Skyrim mod which increases the importance of relationships in the game. It helps to add more touch to the conversations you carry out and also allows to choose from the different dialogues which you can give. These dialogues will have an impact upon the overall progress of the game. Even the voice-overs are constructed in a brilliant manner which adds to the overall experience of the NPCs. Thus, it is one of the most interesting Skyrim se mods.

Skyrim is a very well designed and planned game. It has been stuffed with activities which resemble real-life situations. But to make all of these more realistic and interesting, the Realistic Needs and Diseases mod was released. Due to this Skyrim Special Edition mod, it became more important for the player to pay special attention to eating, sleeping and curing any disease the right way. If you choose to ignore these, then your character will be facing severe difficulties in terms of health and strength in the game. So if you want to make your game a bit more difficult and engaging, this is a good mod to install.

Skyrim has been gifted with some of the best decision-making abilities in the game. But it goes a level up with this particular mod which was released to change the kind of character you choose to begin the game with. The player can choose to be a local inn patron, a necromancer, a simple farmer, an outlaw or a different other characters which this mod provides the players with. You will be relocated to the appropriate location and with necessary gear depending on the character you choose to start with. As you can understand why many people consider this mod as of the best Skyrim Special Edition mods PC.

Skyrim has some magic in it, isn’t it? But the players do not mind using them to defeat the enemy or do something magical in every sense. The Apocalypse mod adds more than 140 magic spells into the game which the players can use very easily. These spells are equally balanced and lore friendly which blends absolutely in a brilliant manner with the game’s vanilla magic system. This mod also helps to improve the in-game graphics in a significant manner.

if you are one of those gamers who has probably completed the game within a day or so and now want to experience a new scenario in Skyrim, then this mod is for you. A popular mod in the Skyrim Nexus Special Edition, the Moonpath to Elsweyr provides the players with a unfamiliar, new scenery and sandy experience in Skyrim. The mod is basically a change in the environment of Skyrim which takes the players through new adventures to Elsweyr. So install it if you want to go to a whole new territory in Skyrim.

if you are really serious about modding your Skyrim game then this particular mod is the best choice you have. The Skyrim Redone mod allows the users to make some very important and complicated tweaks in the game which can change the whole makeover of the game. The mod provides a completely new setup and revamps the in-game elements very seriously. Due to some heavy changes which the users might make, you can face compatibility issues at times when you install the final print. So make sure you read and check all the settings carefully.

So here are some of the best Skyrim Special Edition mods PC which you can download and install right away. You can read some important instructions before you choose to install them, to make sure you are installing the Skyrim mods the right way. These mods are available at different websites which deal with game mods or also at Skyrim website forums as well. Install them and witness a whole new gaming experience that these mods will bring to you.