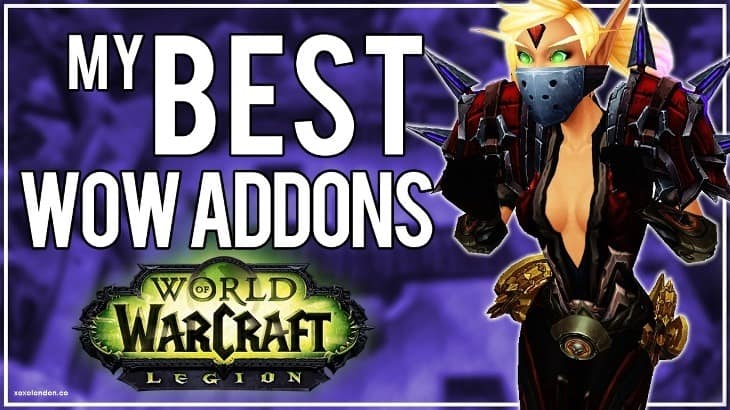 Gaming enthusiasts do not require new games; they are ardent and will passionately accept the new add-ons as something worth playing with. Just with this thought, the developers of world or Warcraft have come up with some of the best add-ons of the year 2018. These add-ons are meant to improve the functionality, performance and the fun of the game.

It is sort of the same matter like customizing the interface because as we know, the interface of World of Warcraft has been the same since its development in 2004. Well, the gamers need to recognize the addons which suit them and their gaming style at its best. These new wow add-ons are totally tailor-made for you. These are some improvements every gamer needs, and so you could also go for the customization of your wow interface for their adaptation.

Must Have Best Wow Addons

Here are some of the most favored add-ons which might tend to improve your gaming experience along with the quality; some best wow addons:

The most outdated parts of the interface of the world of Warcraft are its hotbars for the sole reason that they are quite small, have very fewer customization options and lack some crucial information as well. Here is the new addon which gives benefits of controlling ten action bars and their position, size, transparency and so on. It is known as Bartender 4.

So do not let your hotbars get filled up and messy and annoying. This could be and should be every mod which you should enter as this addon lets you in setting key bindings and thus, setting up a perfect and optimal setup. It is often appreciated by most of the advanced users.

Bartender 4 is much of an optimal way to use the hotbars and is a mod you must opt for just as you start playing.

It is one of the best world of warcraft addons because it never fails to provide real-time alerts which aid you to be one step ahead in the game always. It converts the world of warcraft’s complex boss fights a bit more approachable and gives you an edge. This helps you in avoiding the remembrance of every other boss fight. Alerts and camera effects help you a lot while playing as they will try and warn you beforehand and thus, improving your performance by giving you simple and facile instructions.

Also, raid and dungeon timers have been synchronized which helps to keep the players on the same page irrespective of the fact that any player has disconnected.

The entire inventory window is replaced with one large bag by bagnon which stores all your stuff. It has other noticeable features too, which make it good to go.

Other features allow you to have a look at the items of the alternative characters on your account; also it helps you to discern the items from the trash in a more facile way.

This is also one very useful wow addon which lets you adjust every UI element, just as its name suggests. It not only gives you the freedom of moving the UI elements but also, you could have complete control over action bars, quest lists, locations (including minimap locations and portrait locations) and so on. This addon is your perfect place to start.

This wow addon comes under the conversational and immersion addons. It helps in the replacement of every user’s wow interface with a redesign which is more sleek, modern and readable. This addon allows a number of customizations and is itself a suite for other best wow addons.

This wow addon comes with an in-game set up the process, and this will allow you to tailor the UI in order to suit your needs. For additional information, elvUI is preferred to be installed before the other add-ons otherwise it will show distractions and obstacles in playing as nice as it usually does.

This addon is basically fantastic for you if you are going to level a new character. It makes your time in Azeroth feel more immersive and intimate than usual.

Dynamic Cam has the property to shift between diverse and different camera positions totally depending on your activity of its use. You cannot find this ultimate feature when it comes to Action Cam. Dynamic Cam shifts to the other perspective in order to give the exact wow feel which sometimes seems like more of a third person action game.

Tiny but very effective add-ons; it helps you in cooling down your abilities by providing text to your action bar so that you may read it. This addon does much as compared to its size.

This is a great graphical DPS meter which depicts and shows the level of damage; basically, the damage which you and everyone from your party are doing by shifting through the combat log.

Omen threat meter, just as its name shows, shows every member the relative aggro the respective monster they are targeting. This sort of information is very much needed when it comes to high-level raids and dungeons.

Now apart from the mentioned add-ons, there are a quest, professions, and miscellaneous add-ons as well like world quest tracker, gatherer, auctioneer suite, OPie and so on.

Well, these best wow addons have apparently improved the quality and visualizations of the game. World of Warcraft is now a much better and improved platform for showing all of your gaming skills.