How to Disable Emojis in WordPress 4.2

Last week, WordPress 4.2 was released, and it came with the new Emoji feature that allowed you to use the new Emojis in WordPress. This may be a neat feature for some, but a lot of business owners simply don’t need Emojis. Specially considering that Emoji support loads an additional JavaScript on every page which slightly slows down your site. That’s why in this article, we will show you how to disable Emojis in WordPress 4.2. 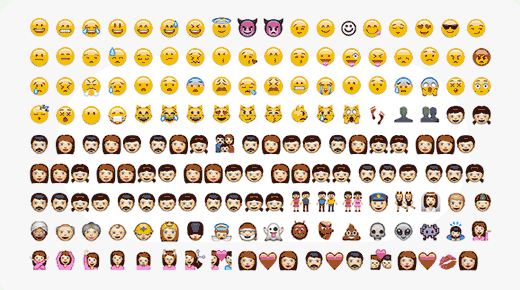 Emojis are the tiny icons or smileys used on the internet. Originating from Japan, Emoji have made their way into the unicode character set, iOS, Android, and even on desktop computers.

Since version 4.2, WordPress now supports 4-bit unicode characters. The primary reason for this is to add native support for Chinese, Japanese, and Korean language character sets.

Using Emoji’s natively is simply a neat feature that came as a byproduct of a necessity for a large group of users.

Having that said, there is also a large group of business users like ourselves who don’t want to slow down our WordPress site for prettier smileys.

Let’s take a look at how to disable Emoji support in WordPress.

If you don’t like the video or need more instructions, then continue reading.

When we say disabling Emoji in WordPress, we mean disabling the extra checks and scripts used by WordPress to handle Emojis. You can still use Emoji on your site, and the browsers that support them will still be able to display them.

You just won’t have the advanced Emoji characters.

First thing you need to do is install and activate the Classic Smilies plugin. Simply activating this plugin will disable the emoji support on WordPress 4.2 and later versions.

It works out of the box, and there are no settings for you to configure.

Several users reported that the WordPress 4.2 Emoji support broke their old smilies. The advantage of Classic Smilies plugin is that it brings back the old smilies while disabling the new scripts and styles that most people don’t even need.

We hope this article helped you disable Emoji on your WordPress site. You may also want to check out our list of 21 plugins to efficiently manage WordPress multi-author blogs.

How to Create a WordPress Form with Payment Options (Easy Way)

How to Add Venmo in WordPress & WooCommerce

How to Show Random Quotes in Your WordPress Sidebar