WordPress 3.9 Beta 1 was released yesterday. This is a major release, developed under the plugins-as-features development model. In this article, we will show you what new features are coming in WordPress 3.9 along with their screenshots. WordPress 3.9 is still in beta, so some of these features may not make into the final release.

You can test the beta version on your computer or in a staging environment by using the WordPress Beta Tester plugin.

With WordPress 3.9, you will be able to see live previews of widgets in the theme customizer. Widget Customizer will allow you to edit widgets, rearrange them, and even add new widgets.

The exciting part is that you can see all this happening in the live preview pane on the same screen. In the earlier versions of WordPress, users were able to edit most theme features from Customize screen except widgets. Now with this feature, theme customizer looks complete and much more powerful. In case you are wondering the old Widgets screen will still be there, so you can manage widgets the old fashioned way as well.

To try out this feature, you can install and activate the Widget Customizer plugin. Upon activation simply go to Appearance » Customize, where you will notice a Widgets section for each widget ready area and sidebar supported by your theme.

WordPress will also try to get the attached media’s cover and album information using the ID3 tags, but this will fall under a theme feature. It will be a very useful feature for WordPress Themes for bands and musicians.

Visual Editor in WordPress is based on TinyMCE editor which is another open source software. TinyMCE recently released a major update to the software, so in this release WordPress TinyMCE will be updated. This update resulted into many improvements in the Visual Editor. In fact, you can say that WordPRess 3.9 is focused on improving the writing/editing experience in WordPress. Some of these improvements are:

You will be able to see live gallery previews in the visual editor. When you add a gallery to your posts, images will be displayed in a beautiful grid right inside the post editor. 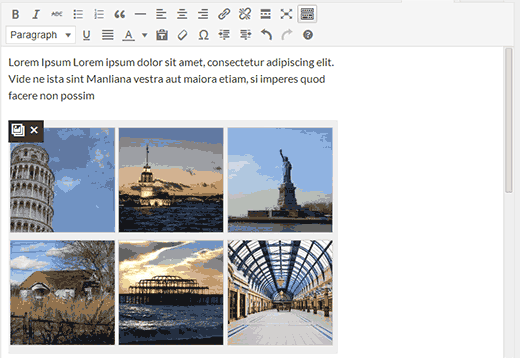 You can also drag and drop images to the editor directly, and they will be automatically uploaded (this is pretty awesome).

Many more improvements are made into adding and editing images while writing a post. Like if you want to crop and edit an image while writing a post, you don’t need to open another window for that. You can do that directly by clicking on an image and resizing it by dragging the handles on the corner. 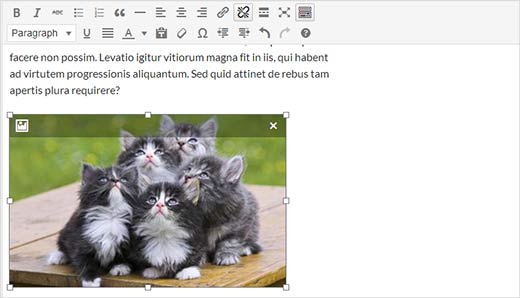 Pasting text directly from Microsoft Word will not result into weird characters. You don’t need to press ‘paste from Word’ button anymore. We’re sure many beginners will be excited to hear that.

You will also notice further improvements in Themes screen. There will be a new, sleek and stylish UI to add new themes in WordPress. It fetches screenshot of the featured themes. You can also click on tabs to switch between popular tags, filters and search for new themes from the official theme directory. 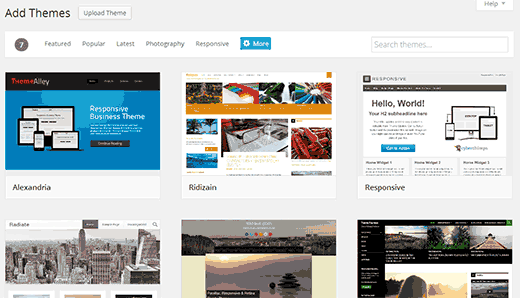 Aside from the notable features above, there were several under-the-hood updates that our developer users might find useful. Below are the two that we were interested in:

It is going to be a exciting a new release. We are particularly excited about the visual editor updates. It will greatly improve post writing experience for many WordPress users. Let us know, what features you like in WordPress 3.9, and what you would like to see in the upcoming releases by leaving a comment below.