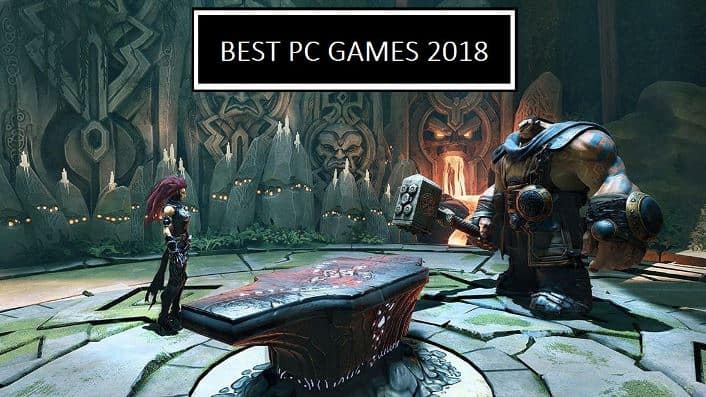 If you have been playing enough and are not sure about what to play next, well, here you go!

Shortly, you will be introduced to some new PC games which are considered to be the best of all times by every gaming fan. These are the best PC games you could ever find in the modern era of gaming. They let you enjoy yourself and have an amazing gaming experience by providing extra raw and unique features and this is the reason they are counted amongst the top PC games of all times. This list of best PC games is uploaded time to time and so the results which would be shown are totally on point.

The number of games is too high and this gives you too much of choice and diversities to play from. You can easily download these games from their original websites or platform like humble store, steam or battle.net and so on. Most of these games are free of cost which makes it more convenient for a regular game player. You are free to choose form single player as well as multiplayer games.

These top record games include every sort, like modern classic, war games, thriving esports, or other singleplayer hits and so on. If we categorize them, there could be:

Let us discuss the categories and the games in brief:

In a nutshell, this game is a better version of counter strike and has better accessibility and FPS. There are maps, character, and gadgets and so on. There is one secret to win the leader board positions in this game, be clever and focus on team work. This game was developed in 2015 and is available on humble store and steam.

The character and inclusive world of overwatch is so colorful and blizzard. It has team based hero shooters and requires teamwork. There are rewards too. There are a number of characters in the game to play. This game released in 2016 and is available on battle.net.

This game requires better aim and a good eye for shootouts. You could opt for new weapons, skins and traps and so on. This game requires royale shootouts and impromptu skyscraper to knock down and win. Game was released in 2017 and is available on the official site of the game.

This is one of the new PC games and is very renowned. In PUBG, 100 of players skydive on to an unknown island and grab whatever weapons and fight to their death. The same is repeated. PUBG has converted the royale genre into today’s phenomenon. This game was released in 2017 and is available on humble store and steam.

This game is played with rocket powered battle cars as if some sort of hockey or something. The game requires physics and speed. This game is still inventing and developing new tricks. It released in 2015 and is available on humble store and steam.

There are other games as well in this genre, which include Battlefield 1, league of legends, hearthstone, doom, dusk and so on.

Well, we all have been known to the craze of vice city. You are the boss in the city, all you got to do is complete missions and earn and rule.

It is a wonderful place to explore and a beautiful city of assassins set in Egypt. You are the host of amazing tools and weapons which allow you to stab you way to go ahead in the world.

This game offers a number of non lethal ways to play and it involves simming around and sprawling and so on and has high concept missions as well.

Hitman is a game of all times, in which the agent has to take in contacts and meet and knock off targets in a city which is full or modernization.

ACTION AND TURN BASED RPG’S FOR PC:

These were some of the best PC games of the modern era. You could pick any genre you want and each genre has a lot of variety. So it becomes easy to find the right game as per your choice. The number of genres which online games provide is many which give access to your talent as well, for instance in building and puzzle games too. Also, if you are a fan of action and wars, there are multiple options for you too.

These were the best games listed and you could choose form best single player PC games as well if you want to. These PC games cater to every gaming enthusiast’s needs and give an enthralling experience as well.