As we know Pokemon Go is all about catching the Pokemon and you need to catch all the pokemon. For that, you have to travel around and when any Pokemon Pop up near, you try to catch that one. There are some new Pokemon been introduced. These are known as Raid Bosses and to catch these you need to try very hard. So, how to catch rare Pokemon in Pokemon go? 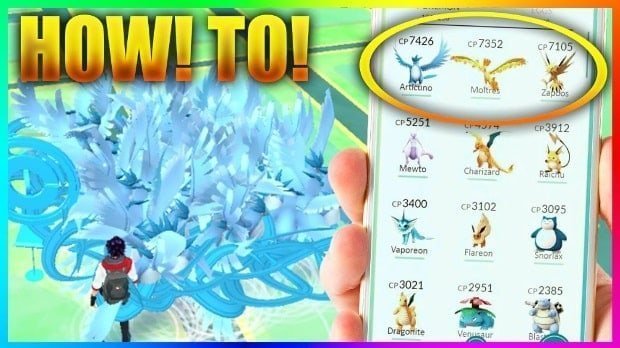 How to Catch a Rare Pokemon?

We are starting from the simplest way that you probably know. So to catch a wild just follow these steps:

That’s it. Pokemon is caught and you will get a notification like “Gotcha!” You can also catch the Raid boss in this same method but before that, you need to beat the Raid Boss.

Pokemon Go Critical Catch – What is this?

When the Pokemon Go gen 2 was launched this new game mechanic was also launched. The method to catch a Pokemon mentioned above can sometimes fail to catch the Pokemon on the first attempt as Pokemon can try to get out of it and can succeed sometimes. But, with critical catch Pokemon go, there is no such situation. Means when you hit the Pokemon, it will be caught right away and cannot escape from the Pokeball.

This catch is random, means you cannot predict which catch is critical. You will only come to know when you hit. And, if that catch is Critical, there will be no shaking and Pokemon cannot flee.

How to Catch Rare Pokemon (Shiny Type) in Pokemon Go?

As of now, there are only 2 Shiny Pokemon which are extremely rare. The reason is you will only come to know that a Pokemon is Shiny or not when you catch it. Otherwise, there is no chance to predict which one is Shiny. The 2 Shiny Pokemon are Shiny Red Gyarados and Shiny Gold Magikarp. There is also one more thing that if a particular Magikarp or Gyarados is Shiny for someone else, it doesn’t mean that it will be Shiny for you too. The chances to get Shiny Pokemon are very rare.

Shiny ones may be very rare but catching these Pokemon is not very hard. Just like other common Pokemon, you can catch Shiny easily. You probably know that Magikarp is one of the easiest to catch.

What are Catch rates?

Catch rates are the rates that determine the chances to catch a Pokemon. To get the actual catch rate, base catch rate is multiplied the Level of the Pokemon when you encountered it. As we have discussed above, Magikarp is one of the easiest to catch and its catch rate is 70%. It means that you can catch the Magikarp with throwing a normal Pokeball, i.e. without any curves or bonuses.

Some of the Pokemon have a catch Rate of 4% like Dragonite. To catch Dragonite with a normal Pokeball throw, you may have to try more than 20 times.

What about the Position of the Pokemon? Does it matter?

It doesn’t affect much but catching a Pokemon can be a little harder as the Pokemon that is in front of you will be very easy to catch and other Pokemon that hover or linger further away, are a bit difficult to catch. For such cases, when Pokemon is difficult to catch, you can try the AR mode. With this just tilt your screen and the Pokemon will be brought closer to you and you can easily hit it.

Some people think that higher trainer level can give them an extra bonus but that is not true. The reason is, when the level of the trainer increases, the level of the Pokemon that trainer will encounter will also be increased.

Why Some Pokemon with Low CP keep Escaping?

Whenever a Pokemon appears on your screen, its CP also appears on the screen. It is considered that Pokemon with low CP is of low level and you can easily catch it. But, that’s not true. Combat Power doesn’t depend only on the level it also depends on stats. A pokemon with low CP could be Pokemon of the low level with higher stats and it could also be a Pokemon that have a high level but lousy stats.

So, if you are trying to catch a low CP Pokemon and it is escaping again and again, it means that the Pokemon could be of a higher level that has lousy stats and you cannot catch it easily.

Is it Possible for the Raid Bosses to Flee?

Pokeball is the first Ball that you get on starting the game. Poke balls can help you to catch the Pokemon but without any additional bonuses.

With Great and Ultra Balls, it becomes easy to catch the Pokemon as these modify the catch rate and Pokemon cannot escape easily. Remember that these balls don’t effect the flee rate, means if a Pokemon escapes, it can flee.

At level 1 you will have Pokeball and the Great and Ultra Ball is available when you will reach Level 12 and 20 respectively.

So, catching the rare Pokemon is a bit difficult but considering everything mentioned here can help you in catching Pokemon in Pokemon go.