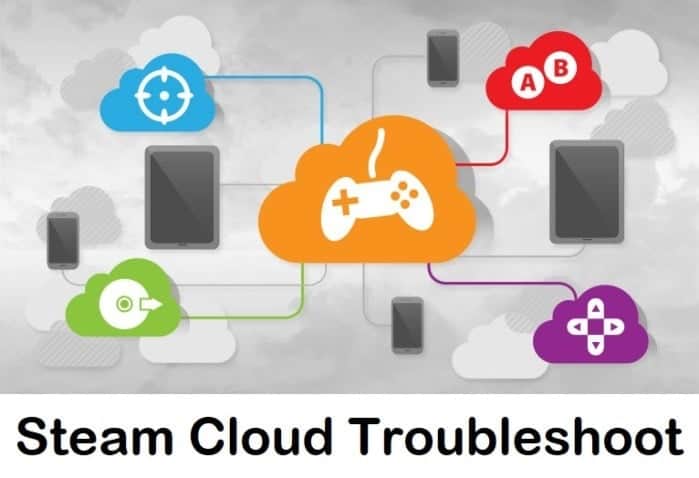 As you know that steam is a preferred digital platform for video games, their sharing and so on, it becomes important to know about the steam cloud. Steam cloud is the support system for the video gaming platform. Steam cloud assists the user by providing a cloud storage platform for the games and other steam saves and similar stuff.

As we have other cloud storage platforms, similarly there comes steam cloud; the only difference is that it is only meant for the steam saves and content storage. Steam users can use this platform for storing different sorts of steam data and files which might probably include diverse video games downloaded or saved from steam, changes made and saved on steam, the users’ profile stats and positions and other general user-oriented and related data.

There are other saves and options from the menu which could be chosen by you to make sure that the storage contains enough of your activity stats and original data. With the help of this major feature, the steam cloud lets your settings to persist irrespective of the fact that you might lose your data or haven’t logged on.

As we know, everything comes with a few disabilities or disadvantages as well.

So, apart from the fact that steam cloud is helpful in diverse ways, one limitation could not be ignored. There have been seen issues like steam cloud not syncing as it has sort of a limited capability when it comes to synchronization. Another reason which makes this issue a bit helpless is that steam does not possess enough capacity so that it could address the issues users face using the cloud.

As a result, in case, the changes or data which has been saved gets lost due to some unforeseen circumstances, there would be pretty much nothing steam cloud could do in regard with.

To avoid any such situation or issues which might occur with steam cloud sync, the users need to avoid any unmatching behaviors while using this platform.

Now let us see how does steam cloud saves work:

The usual local save location for any of these cloud files would categorize under “user data” folder under “steam” folder and the path differs from platform to platform such as a regular Windows PC, MAC or Linux and so on.

Now there could be some particular game could files or steam client cloud files. There are different locations where steam cloud saves the storage it synchronizes. For instance, if we talk about files which are related to game cloud storage, will be saved under the folder “user data” with significance as your unique steam ID. The steam ID we are talking about here, are the ones you have logged on with, for or while the activity of saving or downloading the game through steam.

Apart from these game saves on the cloud, steam cloud saves provide you another local platform or space for saving up the changes you have made in your steam setting. It provides you the benefit of the doubt by saving those setting changes on the cloud as well as locally too.

Now, there might be times when the steam cloud would start showing up conflicts, and the user needs to fix them up to prevent any loss of data saved.

In case, there is any differences between the files which are stored locally the files related to the game) and the ones which you store on the cloud, the steam cloud will show up a conflict setting or a window when you will launch the game.

This happens usually because steam cloud does not possess enough capabilities to choose any one of the files stored as the authentic one and this is the reason there are synchronization issues between files during steam cloud sync. The conflict window might frequently respond to your activities or progress made during the game too.

Eventually, you will have to choose the version of files from either the local steam cloud saves or the files on the cloud. You will probably choose the most modified and recent version of your progress and stats as a steam cloud might create problems in doing so.

However, the behavior of the cloud conflict window would eventually be considered by you and will help you in selecting the required files and taking caution in the selection of improper files. This will assist your steam cloud sync.

In case you ignore the error message:

In case, steam is not able to sync your local files with the ones one the cloud; you could consider it as a bit temporary. There will be times when an error will show up, and it will mean that the steam cloud is not able to create synchronization between the files you have on your local storage or local steam cloud saves and the files which are backed up on your cloud.

Many times, this could occur due to some troubleshooting or networking issues you might be having. So, you will need to address the cause of the network or any other respective issue.

However, as a user, you have to pay heed to the issue and its origin rather than just ignoring it. In case you ignore the error message and keep on playing the game anyway, the platform is going to show the conflict window for the same matter and in the worst case; it could eventually lead to the loss of your entire data.

So, if we summarize, the steam cloud is an excellent platform for backing up your most recent activities and stats and creating synchronization or saving your files from any permanent deletion. All you need to take care of it the error messages and a bit of minor synchronizing issues to ensure the proper functioning and making sure that none of your data gets lost permanently.

Now, you could enjoy your video games without the fear of loss of progress and major information, gamer!