Android devices are the dominant smart devices used by consumers in the world today. With a global market share of 85.9% as of 2017, it is safe to say that almost everyone has owned or at least used an android device. It can also be concluded that most users have also probably heard of or been suggested about rooting their android devices.

Acquiring root access to your android devices means unlocking hidden and elevated developer functionalities for your device. To assist you in this regard, Android developers have independently and in association with Google developed numerous android rooting software, which require the aid of a laptop/PC and other apps for rooting Android devices, which can be used from the device itself without the aid of any external hardware. 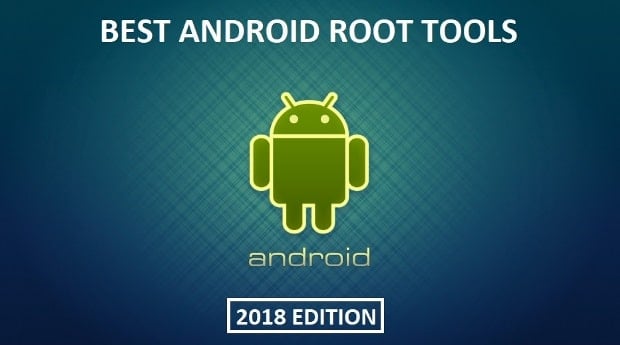 The rooting of your android device/s is carried out via these rooting apps or rooting software through the following steps.

2. Android root using the device itself

WARNING!! Must read before proceeding onwards

We must let you know with a fair warning that rooting your android via any root app or android rooting software effectively nullifies the warranty of your device. Manufacturers of Android devices do not under any circumstances wish their users to root their devices for various reasons. Also, rooting your android devices for simple tweaks causes no harm but using rooting software to change and adjust major system settings without proper knowledge can damage or in the worst case scenario, hard brick your device rendering it completely unrecoverable and useless. It is advisable that you fully understand the concept, pros, and cons of rooting your device and choose the safest and best android root apps or android rooting software before you proceed to do so.

Android rooting software/tools through a computer

One Click Root is one of the newer offerings in the android market. This free android rooting software aims to simplify the process of rooting android devices and hence its name.

One click root is a very safe software to opt for as there is a minimal chance of ‘bricking’ your device. Android devices from versions 2.1 and higher are supported, which is good news for old android device users. They also provide ‘Remote Root Service’ to users with devices of android version 4.1 or higher. This feature provides users with direct consultation and real time supervision sessions by One Click Root employees while they attempt to root their devices.

One Click Root states that their android rooting software or root app does not support HTC devices.

Baidu Root is a free android rooting software utility designed and developed by Baidu Inc, a Chinese multinational technology company which specializes in Internet-related services and products and also in artificial intelligence. It is one of the older android root tools.

It has a very easy interface and quickly roots your android device.

One major disadvantage of this software is that it supports devices with android versions from 2.2 up to 4.4, rendering it unusable to root any of the latest Android devices in the market today.

Users recommend it, and other developers for Samsung device owners do not use this software as it may cause issues.

King Root is a rooting software for windows which allows users to root their Android devices without much hassle. This android root software can root devices with Android versions from 2.0 to 5.0, without any difficulty. The developers also state that King Root has been specifically designed not to trigger the KNOX mechanism in Samsung devices and close Sony_RIC perfectly during the rooting process. So, users of Samsung and Sony devices can safely use this software.

The developers of King Root also offer software called ‘Purify’ which requires root access. This software helps to extend the standby time of your device by saving more battery, optimize RAM usage in your device and give a cleaner look to your interface by managing your device notifications.

Towel Root is an android rooting software created by well-known XDA developer geohot. This software was created for the Samsung Galaxy S5 but has since been patched to support a large number of other devices, especially those running unpatched kernels. Towel Root version 3 and above also allows users to unroot their devices should they feel like it.

It is a free software with a simple and easy interface.

The disadvantage of Towel Root is that it only supports the rooting of Android devices with version 4.4 and higher. This makes it unusable for a device with android version 4.3 and below. Developers and users have also stated that Motorola devices have issues when using this software.

Android rooting apps/tools without a computer

Firmware.mobi is an unlocking utility developed and designed by famous Android developer Chainfire. It is not an easy utility to use, and beginners in using root apps or to the concept of rooting android devices, in general, will find it difficult to use. But on the flip side, it provides one of the most stable rooted android systems for supported devices.

The steps to use Firmware.mobi are –

Step 2 – Extract the downloaded folder. Search for the root-windows.bat file. Double click on it.

Step 3 – Wait for the script to execute and at the end when prompted, press any key to complete the process.

You have now successfully rooted your phone using Firmware.mobi.

One major disadvantage is that only about a few hundred models of Android devices are supported.

This app for rooting android devices is a highly used third-party tool which allows users to root and unroot their devices. It always stays up to date with the latest Android operating system versions and has successfully rooted newer android devices from manufacturers such as Huawei and Xiaomi.

It has support for a wide range of devices ranging from android version 4.4 and above.

Kingo Root is by far one of the most popular apps for rooting android devices among casual and veteran users alike. This app always stays updated, and there are only a few devices which are not supported by it, making it one of the best android root apps to use. It can be used both to root and unroot your device.

One condition or rather a drawback is that an uninterrupted internet connection is required when using this app to root your android device.