Screen Recording is one of the most important aspects of the tech world because it doesn’t matter whether you are making a video tutorial, cutting down a certain portion of any video or just want to capture any particular moment on the screens of your computers; the best screen recoding software always comes in handy and never loses its value. If you are a Youtuber who makes tutorial videos, then for sure you need the best free screen recorders for your videos. 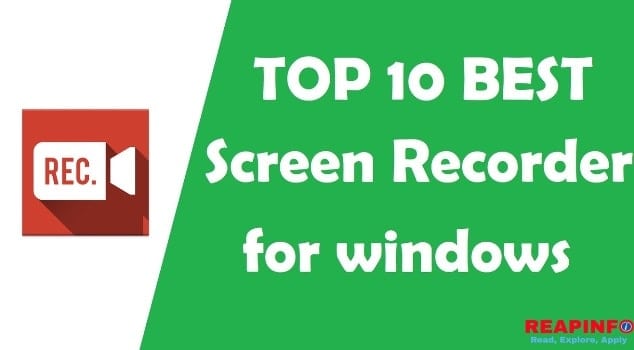 What is the free screen recording software?

First of all, if you are looking for a way to show your audience everything which is going on your screen while you make tutorial videos or anything of that sort, the best free screen capture software (discussed below) would make sure that it captures your screen, just like a video recorder which you can show to your audience without any costs or extra efforts. Rather than downloading videos from the internet and then trimming them, just go ahead and use the best screen recorder.

So, let us walk you through with some of the best screen recorder for windows free:

VLC can easily work on Windows OS and can easily allow you to record and capture the screen which you are working on, on Windows.

It is not specifically dedicated for screen recording, but it is good in this field. If you want to record basic stuff, just go with VLC Media Player.

If you have Windows 10 installed on your computer, for sure you would know what a Game DVR is. Whenever you run any kind of game in your Windows 10 OS, there a small bar appears at the bottom of the screen which allows you to record any activity on your computer and also capture your entire screen.

It is an Xbox feature which is inbuilt in Windows 10, so the users can easily enjoy the perks. You can easily open it by just pressing Windows + G while playing a game and start recording your screens.

We may not say that Flashback Express is the best, but it certainly is one of the best screen recording software which you can use and record your screens easily without any kind of extra tweaking.

It delivers a great user experience and extra brilliance and sophistication on the games which you play and record. If you are a Youtuber who would like to play, capture and share the games with their audience, then just go for the Flashback Express as it certainly is quite good.

Talking about the free screen recorder for Windows, why not to try the Apower REC which basically is one of the most brilliant apps which allows you to record all your work and is actually free.

You can easily record any game, element or video etc from your screen via this app and then decorate it with audio or highlights or additional thing which you would like.

It is really a smart app which doesn’t lag your computer at all.

This is another brilliant screen recorder app with a lot of exciting features which you would love to have on board. This app allows you to capture screenshots and features screen casting at the same time so that you can record any kind of stuff and share it with anybody. This app is amazing and free at the same time.

For now you might not be able to get the free version of this app just because of the reason that it is really one of the best screen recorder apps.

The best part about this app is that it captures your content in high definition which means that you can easily stream it over the internet without any issues and get your audience a clear image of what they are seeing.

If you are a Twitch user, we highly recommend using this app.

This is not a dedicated app for recording stuff from your computer. Rather it is a free browser extension available in Chrome which allows you to record screen in high definition which means that you can easily record anything from your browser as well as your screen.

Go ahead and try this app if you don’t want a separate app for screen recording.

Bandicam is actually free software, but if you are a professional and want to create professional videos, then we recommend you buying the full version.

Bandicam is quite better app, but the issue with the free version is that you get a watermark above every video which you shoot which you don’t want. So, it is recommended to buy the full version.

This is one of the most basic yet powerful best screen recording apps which only work on games. If you want to share any kind of video of any game with your friends or on YouTube, we recommend Fraps as it is really amazing and has everything you need.

You can download it for free and it barely takes up any RAM in your computers.

OBS studio is the open broadcast studio which is the final option of our list. This version supports Windows 10/7/8/8.1 also and works really well without any kind of lag etc on your computers.

You can record everything you want from this app and that too in any kind of format you like. So, go ahead and try it out if you want the best always.

So, this was our list of the best screen recorder windows free and if you are reluctant on getting the best, then from personal experience, we can suggest the OBS Studio which is better and brilliant at the same time.