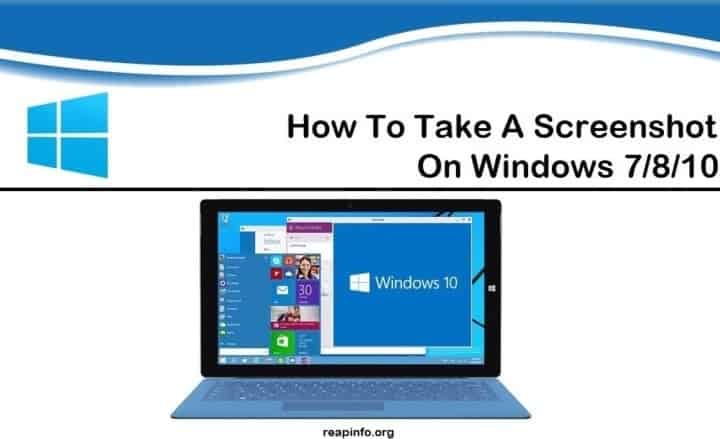 Screenshots is a very practical and user-oriented feature which is present in almost every modern cell phone and many other devices. It could be helpful in some ways, such as times when you are not in a situation to download the picture of the sight of your device or to capture a few written steps in your device. Sometimes, users use it for exchanging stuff present on their screen with their friends too, as it provides no such proof of a picture taken or whatsoever.

Taking a screenshot in mobile phones or pads in general is a facile task but when it comes to windows, the same task could become much difficult than you would have thought. All of us are known to the basic options of capturing screen stuff on windows pretty well by today as windows provide you with many options for the same.

You don’t need an introduction to options like the snipping tool, some keyboard shortcuts, or some regular third-party software. There might be times when none of these methods would work the normal way or the way you want them too, and that is why you need to learn how to take a screenshot on Windows PC with a considerably simple method.

In order help such a general need of yours, here are seven ways to take screenshots in Windows 10 which are just as convenient as anything and will have your back if these shortcuts or third party applications won’t work.

7 Ways On How To Take A Screenshot On Windows PC:

As almost we all are familiar with this option, this is one of the built-in tool provided by windows to take screenshots. This tool is very easy to access, and you could start accessing it from windows accessories by going to All programs.

To start the screenshot process, you need to open the snipping tool and click on “new.” Then it will allow you to crop a particular part of the screen which by default is rectangular. You can change it as per your screenshot requirements as there are options like free-form, window as well as full-screen snips.

Though it does not help in saving the screenshot automatically and that is why you need to save them manually before you proceed to the next one.

By pressing the Prtscn button, the windows function will aid you in taking the screenshot of the entire image which will not save automatically, but it will copy the screenshot to your clipboard.

In case, you want to save the screenshot; you could take help of some image editing tools, for instance, let us say MS paint, which will provide you the option of pasting the screenshot from your clipboard to the editor screen and make an image copy of the same.

This is one of the best methods to capture a screenshot, and it will automatically save itself. All you need to do is to press Prtscn and windows key simultaneously. The difference between this method and the previous method is just that it will help you in saving the screenshot automatically.

The screen contrast will become a bit dull just so to show that you have taken a screenshot and it will get back to normal in seconds.

This method is to be used basically if you have the motive to share the screenshot in the primary place. Pressing these keyboard shortcuts, i.e., windows key and “H” key simultaneously will work. This will help you to capture the entire screen at once, and it will directly open the windows share toolbar so that you would be able to share the screenshot with your acquaintances in seconds. You can share the image using email or sites like Facebook, Instagram or Twitter and so on.

This one is quite similar to the above ones as it involves simultaneous pressing of the two windows key, i.e., Prtscn and Alt. The screenshot will not be saved by default and rather will be copied to your clipboard. You can save it later using some image editor as discussed earlier. this can also be the best screenshot windows technique.

This method is one of the physical methods to take a screenshot, which is sort of similar to how you do it on a cell phone or a tab. This is being called physical as it involves using and holding touch buttons rather than keys.

All you need to do is to hold on to the windows logo present on your surface screen on the below and the volume button (a low one) which might be present on the sides, simultaneously. The screen’s contrast will again become a bit dim, and unlike other options, you can directly save the image to the screenshots folder.

This is one of the easiest ways to capture a screen and save it in seconds.

You could consider this method as an improved version of the snipping tool. Microsoft snip is a project of Microsoft garage which will provide aid in taking the screenshot of the whole screen or any other limited area which you want to capture. This can be Really Very useful taking screenshot on pc.

This is an easy way of doing the subject task.

So these were some basic and indispensable methods of how to take a screenshot on windows which are quite easy for any remote or irregular user as well. All of you users understand well the importance of screenshots, and there are times when it is required as well so you need quick and much direct methods for doing the same which might not be provided by any such regular third-party tools you might be using.

Now, you will be able to screenshot windows 10 items and capture screens just whenever you want and in no time.