Best Pokémon Go Cheats And Hacks To Catch ’em all’

Pokémon Go is one of the most playing games that have been downloaded more than 100 million. It is a location-based game that allows you to use all the Pokémon in the real-world locations. If you want to succeed and earn rewards, then you have to play very hard and with full determination. But, if you want all that easily, then here we have some Pokemon Go cheats that you can use. 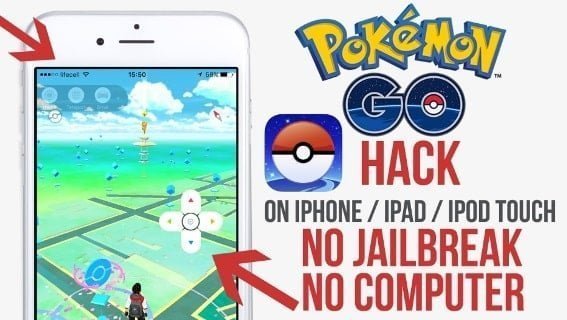 Some cheats are against the terms of Service of Pokémon Go, so by using such cheats, your account can be banned permanently.

Pokemon go spoofing is the most common cheating. You can fake your location easily and the game will think that you are at any other location. So, with this, you can go where a Tyranitar is or you can drop onto and take down any gym. Pokemon is working to detect all these things as they already have banned some accounts.

This is like Spoofing but is automated. Botters travel Pokescape and collect as many pokemon as they can. Recent changes in the games have made it hard to do this. Such example is Shadobans that only allows bot accounts to see common pokemon only. So, there is no advantage of doing this as common pokemon are useless in battle.

Pokémon is not only banning the bots that abuse API, but they are also banning the accounts that are giving access to the third party apps e.g. IV-Checkers. These also abuse the API. Ban can be reversed by changing the Google password.

Other than Spoofing and Botting, people use multiple accounts to cheat. For that, they quickly fill out the gyms with their family or friends accounts when they take it down. But, now with a Gym update, this cheat is no longer works.

Some people switch to the second account for another team as they cannot or don’t want to take over new Gyms. In this, they knock a teammate’s Pokémon off a Gym that was owned by their team and replace it their own Pokémon.

So, it is best to avoid all these practices as most of the people in online forums are complaining about all of these things.

Here are the Pokémon go hacks that you need to know, but keep in mind while using these that, you can get banned.

It takes a few seconds to go from the lobby to the Boss battle in Pokemon Go Raids, so you can lose some time for specialty raids. So, you can skip this wait by the following method:

What will happen by doing this is, you will be kicked back to the rejoin screen because of the empty team and when you rejoin, there is no animation screen. So, by using this Pokemon go, Hack, you can save a few seconds for you that can sometimes are very useful.

If you have used your today’s raid pass as well as previous day’s raid pass and want more, then you can get the extra one by changing the time zone of your mobile. This works only if you live in the region that is far behind the International Date Line.

So, when you have used your today’s raid pass and want more, just switch to the time zone to the location that is a day ahead of you. When done, spin a Gym and get raid pass of tomorrow and use it today.

While doing so, keep in mind that you can only get a free raid pass if you choose the location that is a day ahead of the location you live. By, doing so, you cannot get any free card on the next day. But, if you still want, just do the same again and again.

Kick Any Pokemon Out of a Gym

You can easily kick any Pokémon out of the gym if you have three players with you. You can kick out the most powerful one and no one can stop you in this. Follow the below tips to understand how you can do this:

Pokemon catching animation can be a bit frustrating at some points and if you want to skip this, use the following technique:

Check the Gyms Belongs to Which Teams

So, these are the Pokémon go cheats android that you can use to earn more rewards easily.